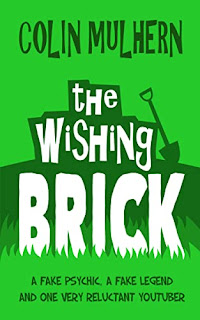 My first comedy novel for adults. A quick-paced romantic comedy following a fake psychic as he digs himself deeper and deeper into a lie to save his own skin. Currently working on the second in the series.

THE GROTESQUE ILLUSIONS
OF AUBREY MANSON 2020 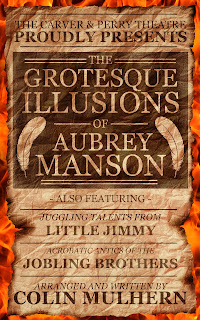 1888. While London is baking in a heatwave, Felix Carver is struggling to keep his small theatre afloat. With local villains taking bigger and bigger cuts, he is facing financial ruin. When Aubrey Manson turns up with an act guaranteed to fill the theatre, Carver has a serious dilemma. Manson's offer comes with certain strict conditions - conditions that run the risk of provoking those who already have Carver by the throat.
A Victorian thriller and an original take on vampire fiction. This was originally written under a pseudonym. I thought I'd give it a new cover and my own name. 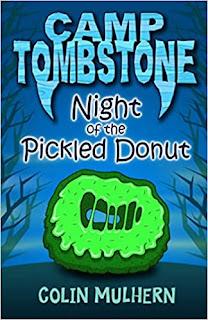 Comedy horror for children, targeted at Key Stage 2 readers. Fun little project with a tongue in cheek nod to one of my favourite goth/metal bands. 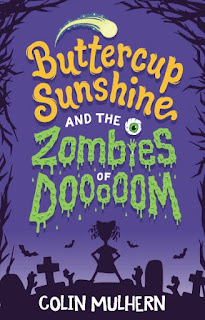 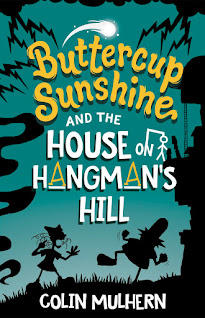 Buttercup Sunshine was meant to be a four-book series. Unfortunately, the series was cut short, leaving readers (and author!) frustrated. Unfortunately, that's the reality of publishing. Publishers take risks when they try something new and sometimes it doesn't pay off. 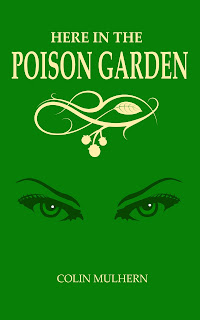 This YA thriller, told through four characters, was bought by the same publisher as Arabesque. Unfortunately, the publisher hit financial difficulties and despite having a release date, the book never made it to the shelves. When the rights reverted, I brought it out independently. 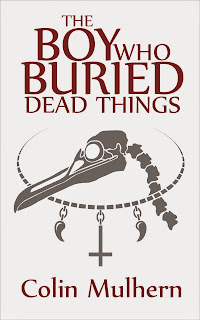 A YA crime thriller / murder mystery. My agent absolutely loved this but couldn't find a suitable home. In the end, I brought it out myself just to have a play with self publishing and see if was as much fun as it looked. I had a blast.

My second YA crime thriller focused on two teenage gymnast involved in a botched kidnapping. When one of the girls manages to disarm the leader of a larger criminal gang, his response is more interest than alarm. He could use a girl like that. 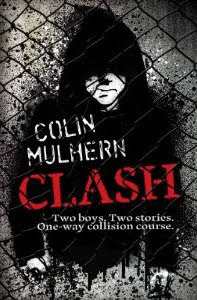 The book that started my writing career. Having been told that writing comedy would get me nowhere, I tried writing crime. I never even knew what Young Adult fiction was, I just wrote a story about an eleven year old boy who gets on the wrong side of the class psycho. Essentially a coming of age novel with elements of comedy, horror and crime. I never imagined it would be taken on; in fact, I only sent it out to agents because I didn't know what else to do with it. An agent got back to me within a week. Soon I had the best editor ever on-board and the book went from strength to strength.
The launch party was a blast. I booked the local Arts Centre. Because of one of the themes in the book, a fire crew (with a fire engine) turned up in support. We had a teen rock called Hell's Marauders playing while I signed books - they even got me up on stage to sing Anarchy in the UK. Childhood dream come true!