Caught In A Mosh

I went to my first rock concert when I was 14 years old. I saw Motorhead at Newcastle City Hall. A few months back, I noticed they were not only still touring, but coming back to the City Hall, so I decided to look for tickets. The only seat available was the exact one I had 28 years ago, up on the balcony - D13. Too weird - I had to buy it! 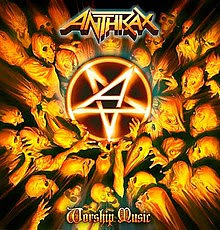 But it gets better. The support act were going to be mega-thrash gods, Anthrax. A band I used to be crazy about in my teens. Oh, and it gets even betterer - the original singer, Joey Belladonna, is back with the band and they've got a new album out. So I went out and bought me first CD for god-knows how many years. Worship Music is just incredible. I've listened to it pretty much non-stop.

As for the gig itself, it was full of ageing rockers, but there were a few young faces there, and a handful of kids too, which was great to see. The biggest difference was the atmosphere. When I last saw Anthrax, we were all going mental, jumping and moshing all over the place. But this time, that was pretty much the first two rows only. Everyone else was standing in their correct place, holding up iPhones.

Anthrax were the better band. Joey still sounds amazing, but Motorhead were beyond loud and into the category of sheer pain. Very laid back and cool, no matter how fast they played. Here's a few pics.