The Fire Child by S.K. Tremayne

I loved The Ice Twins so as soon as I saw the author name, S.K. Tremayne, I had to get this.

In short, it looks like Rachel has landed herself a perfect family life, rising up from the underclass of London to the stunning grounds of Carnhallow House in Cornwall. She has a husband rich enough to keep and maintain the house, and she has fallen in love with Jamie, the perfect stepson. But Jamie is still grieving the loss of his mother, and Rachel's arrival at the house seems to have a significant effect on that grief. Jamie becomes convinced that his real mother is alive, is in the house... and that Rachel will be dead by Christmas.

Creepy and atmospheric with hints of the paranormal, The Fire Child is a brilliant psychological thriller. The setting is rich and convincing without being overly descriptive - there are lots of snippets of the horrors of mining, slipped in seamlessly into the story so that it never feels like clunky info dumps. All very nice and skillful, but for me, what S.K, Tremayne does particularly well is play the characters off against each, chipping away at their flaws and secrets, toying with the reader as who to trust. My only negative comment is that I would have liked a few more David chapters.

Thin Air follows the story of five mountain climbers going for the summit of Kangchenjunga, the third highest peak in the Himalayas and considered at the time, the biggest killer of them all. Told from the point of view of a young medic, the group plan to follow the route that ended in disaster in 1907. The book opens with the medic receiving a stark warning from the last surviving member of that expedition.

Set in 1935 with a style deliberately dated, Thin Air has a feel that might appeal to fans of H.P. Lovecraft - in fact, it's very reminiscent of At The Mountains of Madness, (written in 1931!) not only in the setting and atmosphere but in the gradual and cumulative climb towards increasing fear.

Attention to detail is a major part of the book, from equipment to diet to medical treatments. It helps pace the story and make it feel like a genuine memoir of a 1930's trek. The story itself is gradual in development and the initial moments of unease are just a little too subtle, but these moments increase and gather momentum as the main character becomes lost in his own fears and culminate in a few final scenes which really deliver.

Thin Air is a steadily paced, slow-burn ghost story. Atmospheric, well researched and has some great moments of isolation, confusion and madness.

Thin Air is due out October 6th 2016, published by Orion.
Buy on Amazon 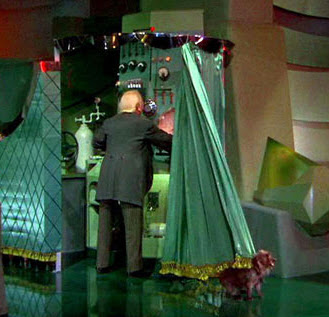 One thing I like to read on author blogs is what they are up to and how they write. I've just made a submission, so here's a quick peek behind the curtain.

My next Young Adult novel is called The Mayfly but while the publishing cogs are turning I thought I'd set myself a challenge and write something else before The Mayfly comes out.

I decided to go for Middle Grade (age 8-12). All I had was a very basic idea but no plot and no outline. On the 3rd July, I started writing.

Over the next three days I wrote about 8,000 words of nonsense to get a feel of what I could and couldn't do and began to develop a character I could work with. Once I had a better feel for where this might go, I went back and started again. I didn't have a plot at this stage, but I did have certain markers - a short list of scenes and ideas that I'd been thinking about. The plot developed as I followed the MC along the route.

At the halfway point I mapped out a basic overview with a few chapter markers. I didn't really have an ending in mind, but it was starting to take shape. I returned to the main draft and knocked out another 10k. The plot began to develop so I went back to overview to get a God's view of what was going on. It wasn't perfect, but enough to push on and finish. Most writers speed up as they reach the end of a book. On my second last day I knocked out 6,500 words, writing the final 1,500 the following morning. In all, it took 26 days for that first draft

Not really. Next comes the structural edit. This is a story edit, and involves reading through to search for mistakes and weak points in the story. What makes this difficult is it's very easy to slip and begin to correct grammatical mistakes. The purpose of a structural edit is to make sure the plot works, that clues are foreshadowed and found items are where they need to be. This is also the time to keep track of point of view, and that characters are motivated and react believably. Another important part of this stage is to strip out anything that doesn't push the story along, no matter how good the writing or idea.

The structural edit isn't done in a single draft. Because it involves taking the story apart, there is a lot of backtracking and bouncing from one point to another. It can be very fiddly - often because changing one thing has knock on effects with the plot. Some writers try to do this at the planning stage - the snowflake method, for example - but I find planning in that amount of detail almost impossible. The result is the same though - a finished draft with a plot that works.

Next is the storytelling edit. This is reading through (aloud if possible) to see if the story flows well, that it has a nice beat. I suppose you could call it style. It's where I look at sentence structure, grammar, control of voice. I try to strip out any repetition and try to work out if the simple stuff like dialogue tags or pronoun vs proper nouns causes confusion or slows down reading.

So now I'm at the stage where I've got a full draft, the story works and reads well. But there will still be a few copy errors.

Copy edit. Time to read through again. This time there should be no hiccups in the text, nothing that makes me think, 'Oh hang on,' and start to fiddle. I'll be honest here and say there were a few, and I also noticed a couple of plot quirks that needed tweaking - that sudden moment when you realise character A would have realised what character B was doing much earlier. If that happens, I fix it then go back to the start of that chapter and copy edit all over again.

And that's it. Finished. It took 26 days for the first draft and 16 days for the edits (I had a couple of days rest during each edit).

So what happens now? Now it goes to my agent - Joanna Swainson of Hardman and Swainson Literary Agency, and there's several ways this could go.
Ideally, option 1 would the best outcome, but 2 would be okay. 3 and 4 are pretty much the same, and the aren't the end of the world. You simply move on and write something else.

In the meantime, I can read, relax or start on something new. And that's it. That's writing. Good, eh?

Review: Every Falling Star by Sungju Lee and Susan McClelland

Every Falling Star is the first novel to bring the reality of North Korea to a Young Adult audience. It's the true story of boy brought up in relative comfort of Pyongyang, the capital city of North Korea, when suddenly, and without explanation, he is thrown into a world of unimaginable poverty.

At first, he is told is that his family are going on vacation, only to find that the house they are staying in is basic to the extreme. It soon becomes clear that this isn't a vacation at all and their new life is fraught with danger. All he can work out is that his father, who had an important job in the military, has done something to warrant this punishment on his entire family.

At the age of 12, Sungju finds himself alone and has to rely on his wits and the support of a small gang of street kids to survive. He learns to fight and steal while trying to avoid arrest, imprisonment and the fear of execution.

Every Falling Star is an incredible tale of hardship, friendship and survival - how someone really determined can adapt to impossible circumstance, and the painful cost that entails. A horrifying eye opener to a world shrouded in secrecy. Highly recommended.


Sungju Lee speaks across Europe, Asia, and North America about his experiences and about North Korean political social issues. He lives in South Korea but studies in England.

Susan McClelland’s first book, Bite of the Mango, was a worldwide sensation, published in more than 30 countries. She lives in Toronto, Canada.

Two's company, three's a crowd, and Mandy never quite fits in with two close friends Petra and Tina. Maybe it's this feeling of not quite being part of the gang that causes her to hang back while Petra and Tina go into the old house they are so drawn to. And maybe that's why Mandy is alive to remember events of the night when her two friends went missing. The story kicks off five years later when the house is finally demolished and Mandy sees something that turns the whole mystery on its head.

The three main characters are drawn well and the friction of the three-way relationships is spot on. I really enjoy realism and grit in YA fiction and this certainly delivers in that respect, and there are aspects of the thriller that really grabbed me. It certainly ticked a lot of boxes for me as a reader.

Moth Girls takes a while to get going, and for me, there was a lot of meat on the bones that could have been trimmed - in particular, Mandy's interest in boys at school and the Tommy vs Jon subplot. While I understand the importance of this, it just didn't grab me the way the relationship between the girls did. It felt like it was beefing the story out when all I really wanted was to get back to the main mystery.

The ending is rather subtle and so understated that on first reading, I thought it was a case of deus ex machina. Having looked at it again, I think it's rather clever, but can't help feeling than Anne Cassidy missed a trick - but maybe that's just my taste. Sometimes, a bit of harsh reality (as is the case with Moth Girls) can resonate at a deeper level than plot twists and shock tactics.