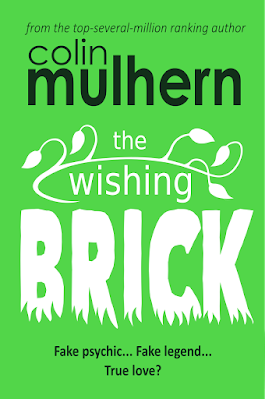 Hannah never planned on being a landscape gardener. What started as a temporary fill in job has taken over her life. But now, thanks to a horrific new addition to her role, scheme, it threatens to destroy her.

Simon is a fake. A failed magician, now working as a psychic in a shameless attempt to cash in on his mother's success, Simon is quickly running out of options. But when he meets Hannah, a solution to both their problems begins to form.

The Wishing Brick is the debut adult novel from Colin Mulhern - a quick paced romantic comedy about love, lies and family feuds.

Check out the other pages. Updates to come.