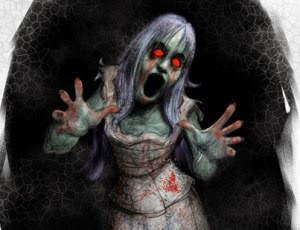 Finished! I could clean it up a little, but I wanted to get the candles in. 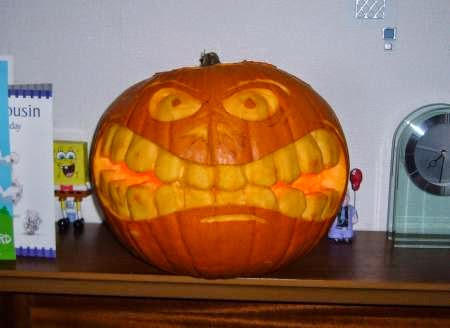 and here's it with the lights out... 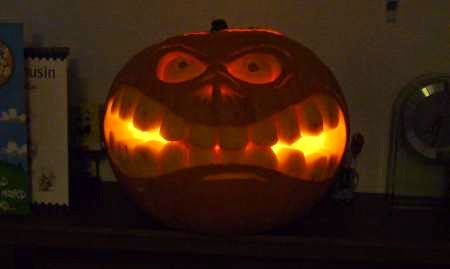 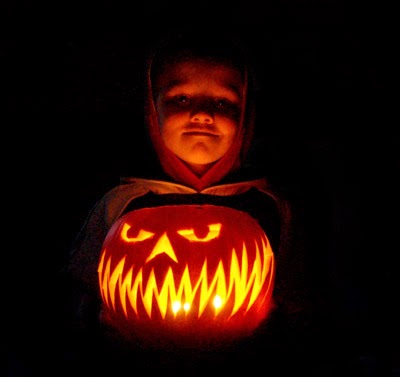 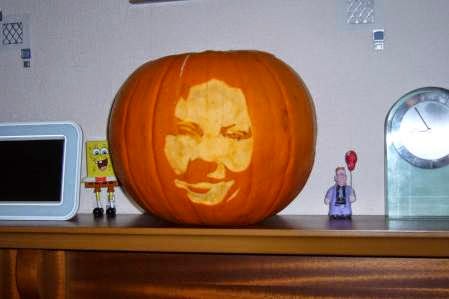 Lock your doors. Shut your windows. Turn out the lights.

This was the advice of a Year 5 girl yesterday morning, backed up by a group of friends, because... (cue haunting music) There is a man driving a white van, with blacked out windows, who is abducting kids from the streets around our school!!!!

Not true, of course. It’s an Urban Legend: the kind of story that sounds real, usually because the teller says something like: ‘It happened to a friend of my mam!’ hence their other name, Friend-of-a-Friend stories. Usually, the more macabre, the better.

When I was a kid I knew loads of these stories, and took great pleasure in scaring the hell out of kids bigger than me. Once, on a school trip away, when we were all supposed to be tucked up in bed, I reduced the hardest kid in the school to tears with a series of ghost stories that I swore were true. (Years later, this inspired a scene in CLASH).

I think the reason Urban Legends work so well is that because they are word of mouth, they come across as a shared secret, and in being told as, ‘it’s true – this definitely, definitely happened, honest!’ they have a stronger affect our imagination and natural fear of the unknown. You’re left thinking that if it happened to the kid in the story, it could happen to you.

And Urban Legends don’t just freak kids out. I’ve heard many, many stories told to me by adults, convinced they are true; convinced they have happened to a friend of a sister at college, or an Aunty out shopping, including such classics as:


The internet has created new versions: Michael Jackson’s ghost on YouTube is a big hit (in the eighties it was the ghost in Three Men and a Baby, and further back there is the ghost in The Wizard of Oz, later debunked when the DVD showed it to be nothing more than a bird stretching its wings!). The April Fool’s Day virus is an annual event, and 9/11 resulted in hundreds of urban legends of terror plots and government conspiracy.

Basically, if there’s something you can gossip about that makes someone else look first in disbelief and then horror, then you’re halfway there.

Of course, this didn’t help the year 5 girls with their fear of the white van. One girl was in tears at the prospect of going home that day. Telling her it was just a story wasn’t enough. Luckily, I found an Australian newspaper reporting the very same story back in May. I showed her the most important line in the report:

Two days later, police informed the media that the attempted abduction report was false, that the young girl had made it up.

‘See how stories spread? It’s taken 5 months for that story to get from Australia to here.’

She finally nodded and agreed not to spend any more time worrying.

But there is another side to that story; the real curse of the Urban Legend...

If there is someone in our local area, driving a with a white van with blacked out windows, the poor bloke is probably wondering why groups of kids are pointing and screaming whenever he drives past.

Fun With a Wheelbarrow

So far, most of my posts on this new blog are about Matthew. Can't resist this next one though. I'll justify it by using it for a short story. 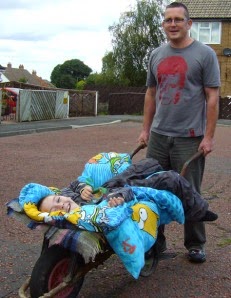 I took Matthew in the back garden and put him on the trampoline, bounced him a few times (very tiring), then let him lie on the grass while I mowed the lawn. That's when I spotted the wheelbarrow. It's old and rusty and covered in dried concrete, but what the hell. With a blanket and a duvet it was ready to roll. Matthew had a quick tour of the street, bumping up and down the curbs. He had a great time. Then we returned to the garden and tipped him out - to squeals of delight. 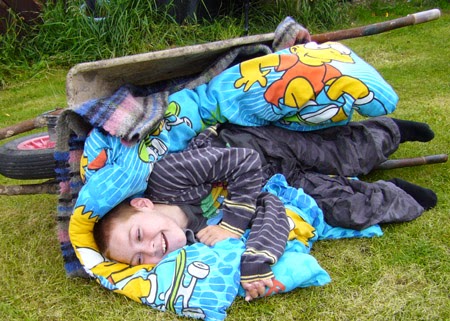 Just spent a week in Great Yarmouth. Had loads of fun with Matthew and his new chair. It certainly made the holiday a lot easier not having to push his old thing around. I should have included a picture of us in the Corn Mega Maze because there's no way we could have ever taken his old chair in there. It was full of bumps and furrows, and we managed to get completely lost.

Here’s a picture of me and Matty in the Model Village. 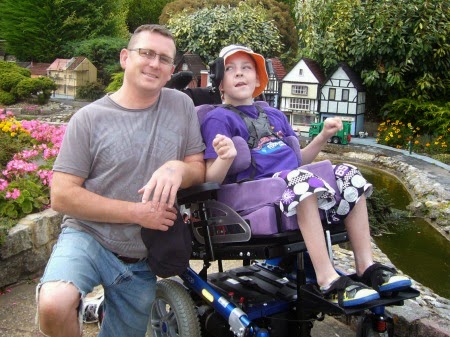 The Model Village is wheelchair friendly and works like IKEA – a single pathway taking you all of the way around, weaving around the various scenes and settings - but the path is very narrow in places and built up on either side with a wall... we had a few bashes, but went round twice.

I won’t bore you with details of everything there, but we had a fun packed week, perfect weather, and we definitely need to go back some time to visit all the places we missed.
at 17:16:00 1 comment: