There was a time in the 80s when every bookshop and newsagent had a healthy horror section packed with black covers and shadowy illustrations.
Today, that is no longer the case. In most instances, the horror section has been absorbed into Fantasy and Sci-Fi, which means it's only the big names on show, while new, and event established talent is completely overlooked.

Adam Nevill is a good example. Adam is one of my favourite writers of any genre. He has won the August Derleth award three times and The Ritual had a major movie release, yet his books are nowhere to be seen - certainly not in any of my local bookstores. This all gives the impression that the audience for horror fiction is too small to bother with. 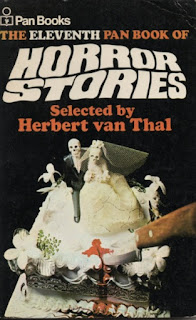 Buttercup Sunshine and the House on Hangman's Hill
has a finalised cover. 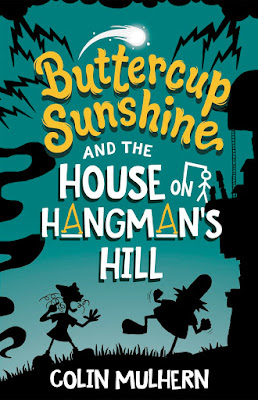 Due out September, so not too long to wait.

I've had fun playing with authortube vids and uploading a couple to YouTube, but I was amazed at just how long the whole thing took.

1. Recording
First of all is the recording itself - actually, there is a more important stage before that, but you don't realise that until you've tried recording and utterly messed it up. Then you realise that stage one is actually...

1. Thinking of what you want to say.
I spent soooooo long on this bit, usually because I'd go off at tangents and end up way off topic. I tend to ramble - which is why blogging suits me because I can backtrack and edit as much as I like. Once I thought I knew what I want to say, then it's time to record.

2. Recording (again)
Talking to a camera is tough. I record sound separately so I'm constantly starting and stopping both, then realising that I've forgotten what I meant to say and have to start again. Yes, I can edit and chop, but doing it every sentence is a pain and doesn't look natural. Better to have as much as possible in each take and fit them together.

3. Editing.
Assuming it's all gone right, the editing is next. I use Shotcut to edit because it's open source, but I encountered a couple of bugs if I tried to cut the sound and video separately. There was one time where I just couldn't get the sound to sync with the video and had to start over.

4. Uploading.
The easy part. Except I had to create a thumbnail to go with it, so that was another twenty minutes in Photoshop.

All in all, doing a couple of author vids was a lot of fun but it really cut into writing time. One video took almost an entire Sunday by time I'd got everything the way I wanted and finally uploaded it. For me, that's just too demanding on my time. I work full time and like to do at least some family things on a weekend, so the remaining time I have is kind of precious. Do I want to be a YouTube star, or a writer?

If I find a way to do vids in a shorter time, I might give it another go. But for now, I'm heading back to writing to play with my current WIP.

I'm cutting my current writing streak short. Two reasons - firstly, it's getting way too complicated. As I said at the beginning, I've taken an old script and tried to breathe some new life into it. The book is a puzzle/treasure hunt kind of thing, and I focused so much on the puzzles and solutions that I never stopped to wonder what the antagonist's motive was, and in trying to address that, it's become a monster. The second is that it's beginning to drift away from what I want to write right now - comedy horror. This had both initially, but in trying to deal with the first problem, the central theme of the story became so much darker, which made the comic relief moments more of a distraction than a natural part of the story.

Is it time wasted? Of course not. Every sentence written makes you a better writer, and regular writing streaks increase stamina. It's all about keeping the machine ticking over.

Buttercup #2 edits are underway and need to be done as soon as possible so I can work on the illustrations over the summer. Most of the weekend is going to be spent doing that. However... there's a however attached to this. which leads me on to...

I've been watching a few of these lately. Most are by young, unpublished writers but that doesn't make them less valuable. In most cases, they burst with enthusiasm, and that's infectious. They are often fun and honest - a real warts and all reflection of the hurdles that regular people face on their journey, and because it's done during that journey, it gives a better insight into the creative process than a blog or an interview written after the event.  It's like seeing an artist's portfolio - the rough sketches are always so much more interesting because they give you a better appreciation of the final product. They reflect the struggle, the persistence and development that forms the heart of the creative process

I think vlogs like these are important because they help other writers realise they are going through the same difficulties. I include published authors in this too, because when it comes to that first draft, there isn't a lot of difference between me struggling with a new idea and a young writer doing exactly the same. Experience makes the journey easier because you get to know the pattern of the game, but you still have to sit down and turn out the words. Seeing other writers in the same boat really gives you that inspirational buzz.

I keep meaning to dust off my own YouTube channel. But right now... I'm going to watch the Hobbit. I started watching this on DVD last night, then discovered our Jack has got the lot on BluRay. Now I'm going to have to start all over again as I feel cheated on quality. Laters...

And best of all, they are from the target audience. Thanks to my sister-in-law Michelle for bringing these across. 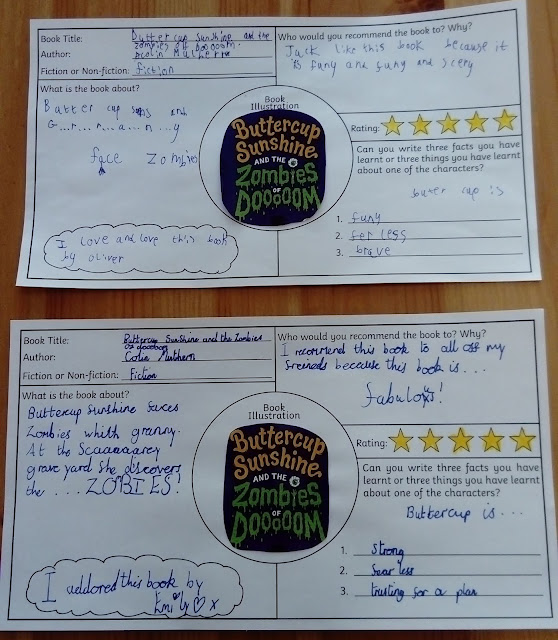 A walk in the woods

Instead of buying Christmas cards this year, we bought a couple of memorial trees for Matthew (my son who died due to his cerebral palsy) and Paul (my brother-in-law, who died of a brain tumour). These were planted in a new woodland somewhere in Durham.

Yesterday we had a drive up. You don't get to find your actual tree, you just know that you are helping with a bit of conservation. Plus, it's a nice place to go for a walk. So, for no other reason than the memory of a canny day walking around newly planted woodland in Durham, here are a few photographs.